Share a memory
Obituary & Services
Tribute Wall
Read more about the life story of Mary Ann and share your memories in the Tribute Book.

Mary Ann was born on April 23, 1929 in Hannibal, Missouri to Ione and Willard Renner. Her mother died shortly after childbirth and Mary Ann was adopted by Dr. Benjamin and Nina Jolly of Vandalia, Missouri.

At the age of 6, Mary Ann began her life in Moberly where Dr. Jolly moved his family and opened his osteopathic practice. Mary Ann graduated from Mount St. Scholastica High School in Atchison, Kansas and attended the University of Iowa where she majored in music. She was a gifted pianist and vocalist that shared her talents with many.

In 1963, Mary Ann married John D. Hill and the two spent 44 years happily married and built a beautiful life together. Mary Ann brought her daughter Debbe and John brought his two children, Julie and Curt, into the marriage where they were raised together united as one.  When John retired, the two spent many years playing golf and traveling before his passing in 2007. They wintered in Anna Maria Island, Florida where they spent many years and made many memories with family and friends.  In 2012 she relocated to Wesley Chapel, Florida to live with her daughter Debbe and husband Bob.

Through the years, Mary Ann was widely known for her love of the lord, her family and her community. Some of her accolades include serving in various community leadership positions such as a Board Member for the United Way, The Salvation Army, and the Moberly Public School District.  She was a Moberly Area Community College Trustee and sat on the MACC Foundation.  She was also a member of Music Club and Culture Club in Moberly.

Mary Ann was an active member of the Central Christian and the Trinity United Methodist churches where she sang, played the piano and served in multiple roles. She embodied the spirit of the lord and was a trusted neighbor and friend to many.

She had a burning passion for sports, particularly football and basketball, and held season tickets for the Missouri Tigers football, Moberly Area Community College Men & Women basketball, and the University of South Florida Women basketball teams, although she truly enjoyed any and all things sports related. She attended several national tournaments to watch the MACC Greyhounds. Mary Ann knew the ins and outs of everything from professional to little league. Her family was tickled by her recent interest in the televised little league baseball and it’s World Series.

Mary Ann will be deeply missed and forever remembered for her strong will, quick wit and lively spirit. She was an avid reader, reading a devotional each morning and also had 2 books she was actively reading, one at her bedside, and one by her chair.

Mary Ann was preceded in death by her parents Benjamin and Nina Jolly, husband John and brother Bill Renner.

Words of comfort and support were shared with the family at a visitation that was held in Cater Funeral Home.  Funeral Services honoring Mary Ann’s life were held at the Cater Funeral Home Chapel.  Committal prayer and burial followed in Oakland Cemetery. 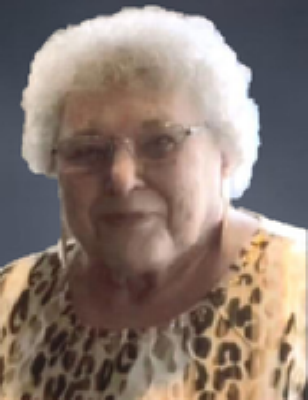 
Family and friends are coming together online to create a special keepsake. Every memory left on the online obituary will be automatically included in the book.

You can still show your support by sending flowers directly to the family, or by planting a memorial tree in the memory of Mary Ann Hill
© 2022 Cater Funeral Home. All Rights Reserved. Funeral Home website by CFS & TA | Terms of Use | Privacy Policy | Accessibility